At the end of June, my friend sent me an article which featured a piece about a local (to her) coffee shop which would soon be holding Harry Potter themed afternoon tea’s. Anyone who knows me would be able to confirm that there are two things that I will fan girl over; Disney and Harry Potter. Add in cake and copious amounts of tea and it all sums up what sounded like an amazing Saturday afternoon so we booked on as soon as we could. The popularity of the theme became immediately obvious as we had to reserve our spot for the end of July! Amazingly, this coincided with Harry Potter’s birthday weekend (along with J K’s of course) so I felt that it was very fitting.

Toast is situated in the quaint village of Tutshill. It’s small but it’s cute and the amount of detail and care put into the setting for the afternoon tea was obvious on arrival. 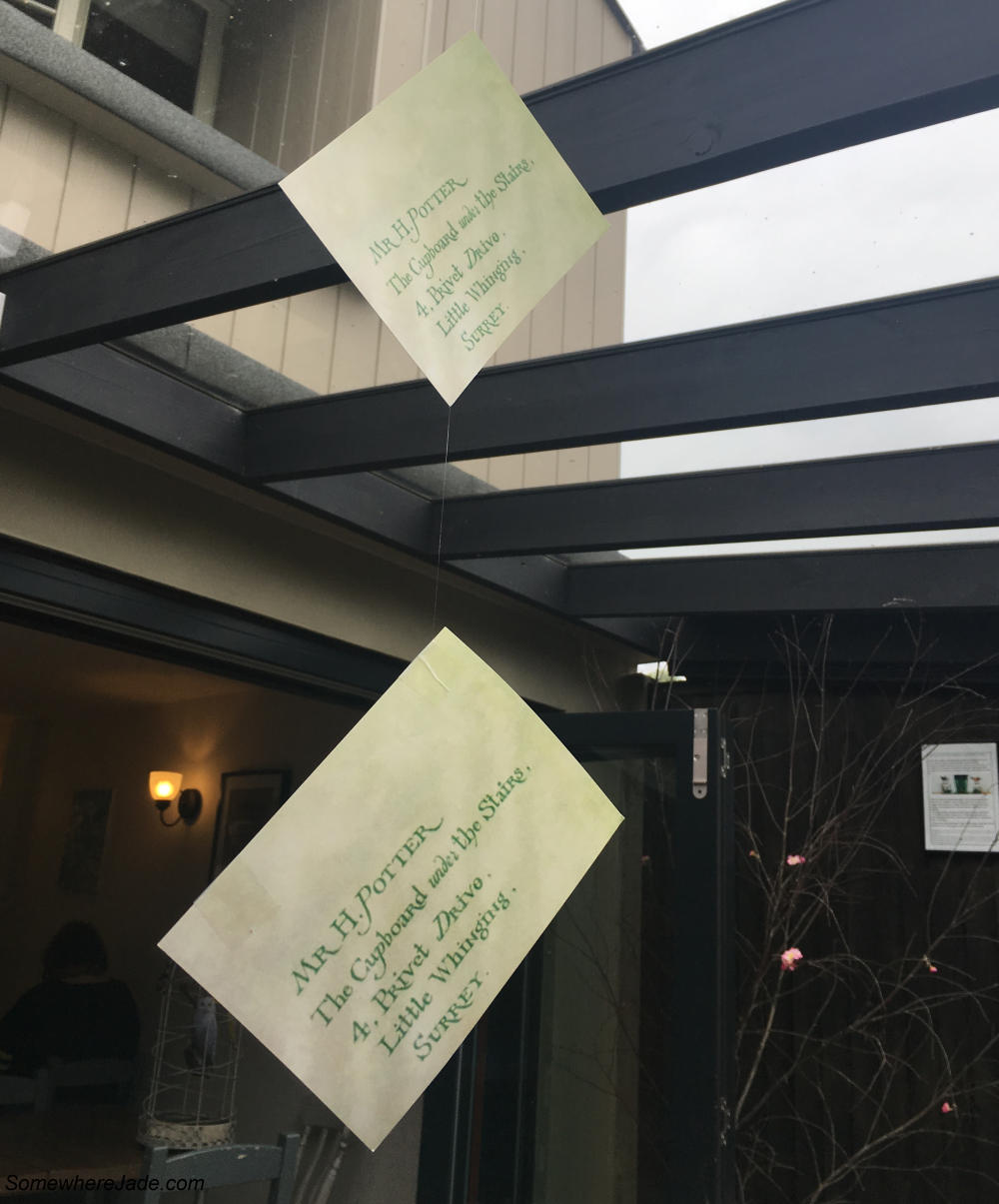 My friend and I were shown to a table which had been set up ready for us. It included table decorations such as a parcel marked for the attention of Ronald Weasley, some spectacles, a wand (which you had better believe that I was swishing around as soon as my butt hit my seat!) and a copy of ‘The Half Blood Prince’. At this point I was really excited and we hadn’t started eating yet! The food was great, it included the standard afternoon tea selection of sandwiches, scones with clotted cream and jam along with a pot of tea. It also included some items with a Harry Potter twist, we had brownies with different house flags in them (I had to go for Slytherin!), chocolate mice, Bertie Bots every flavour beans, Polyjuice Potion (cherryade) and a fabulous little Screaming  Mandrake cupcake. The Chef even came around different tables later into the tea with ‘Skeleton Fingers’. These were little white chocolate rice crispy treats cut into strips but I forgot to take a picture of them because (in a fit of cake and wizarding euphoria) I was too keen and ate them.

The movie sound track is played for you in the background while you eat which was perfect. We could really tell how much care the staff had put into this theme. They even came around all the guests once they had finished eating with a photo prop for a little selfie momento. Before the tea begun and we had started eating, we each had a golden plate which a Marauders Map laid on top of it. Later into the tea we realised that these actually included a map and instructions of a little walk which you can take to see where J K took her inspiration from for Hagrid’s hut and Hogwarts Castle, at the end of the walk you arrive at J K Rowling’s childhood home. By the time we had finished eating we were happy to have a little walk to burn off some of the cake, we were stuffed! This was a fabulous afternoon tea, we had so much included and the staff had clearly put a lot care and detail into the theming. The crazy thing is, it only came to £12! That’s the cheapest afternoon tea that I have ever had and it was easily one of the best. I’m not sure how long Toast will be running this theme for but I really recommend it, especially if you’ve got a Potter Fan Boy/ Girl at home!