One of the most recommended listed places to visit while touring in Northern Vietnam has to be Halong Bay. We had decided early on in our itinerary planning that it was going to be the place we spent James’ 27th birthday. 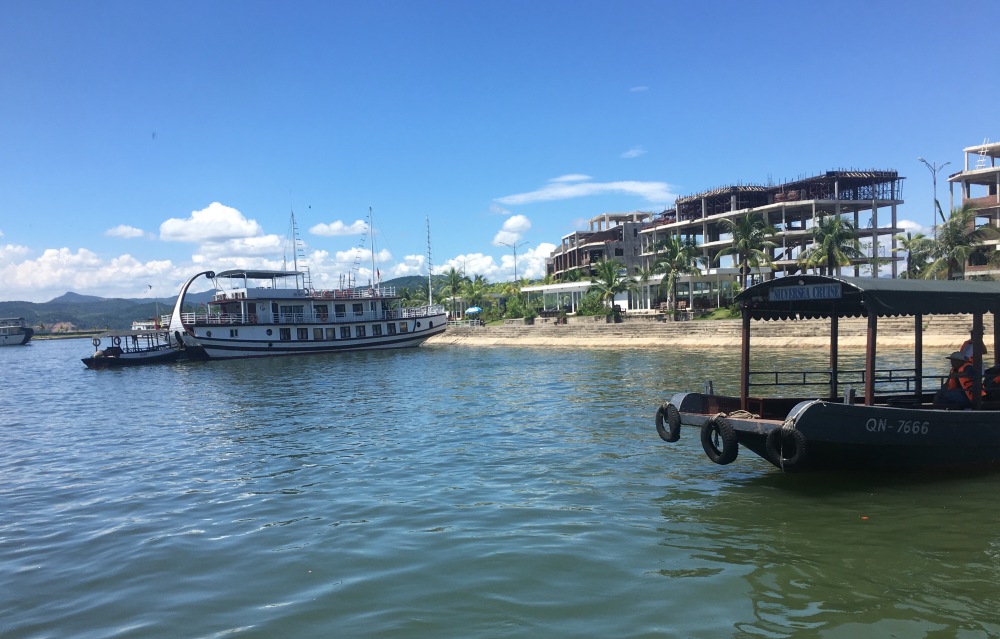 We both decided to wait until we got to Hanoi until we booked the trip as we were conscious that we may get a better deal in Vietnam than we might if we booked through an online company. We were right! We spoke with our hotel who we read had helped other guests book trips. They offered us a high standard trip for a very reasonable price.

The morning that we were due to leave on the trip we were also pleasantly surprised to find out that we had been upgraded. Upgrades never tend to happen to James or myself so we were really pleased!

We had one obstacle to overcome before we could enjoy our overnight cruise – a four-hour bus ride on a quite cramped bus. I’m not going to lie we were a bit alarmed at first, thinking, if this is the bus what is the boat going to look like?! Those doubts were put to rest the second we were ferried to our boat, it was beautiful! We were told again that we had been given an upgrade and we were shown to our room. 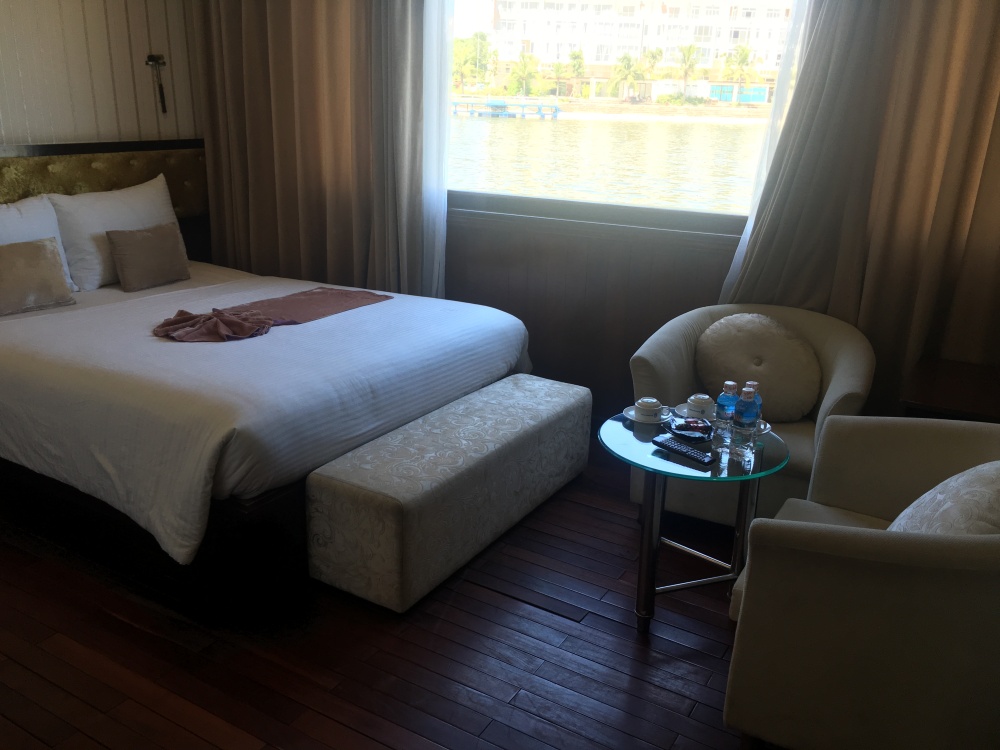 OH MY! The cabin we were shown to was nicer than any flat that I have ever rented. The room was beautiful with an amazing panoramic view as we cruised past the islands. We even had a little seating area. The bathroom was also large and included a whirlpool bath and rainfall shower…bliss. 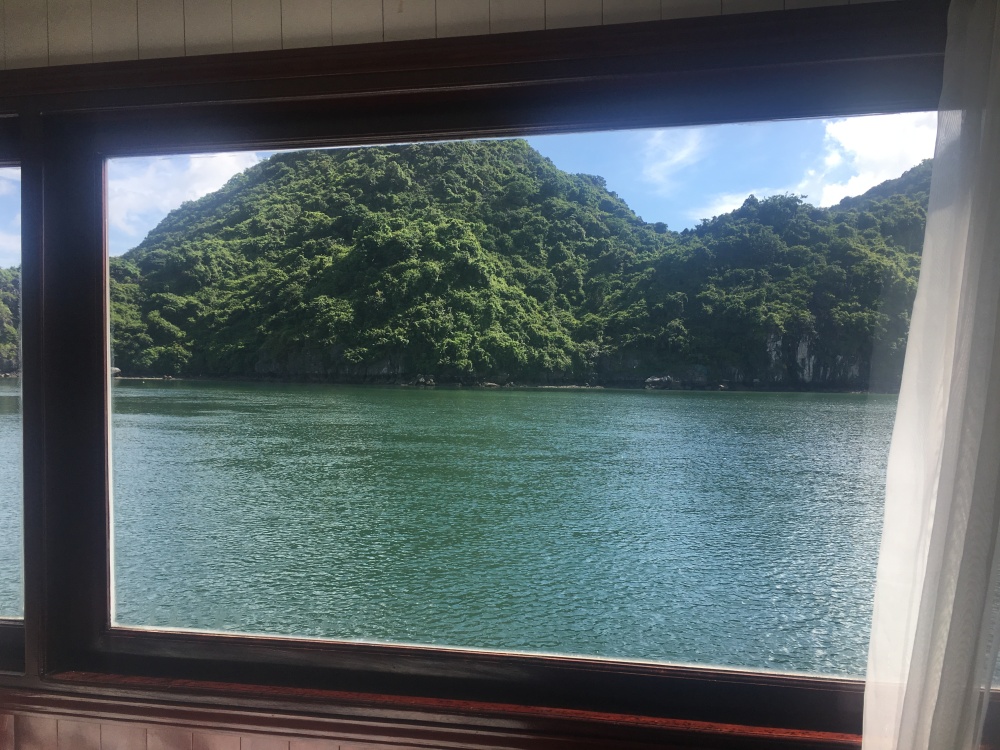 We were given an option to join lots of different activities; the first being an opportunity to be taken ashore to hike up a mountain. Usually, I can’t wait to get going and would have loved to have gone for a walk in new territory but the temperature on the day we arrived on our boat was at 36 degrees, so as we were still becoming accustomed to the heat we decided to give hiking a miss and just relax on the sun deck of the boat. 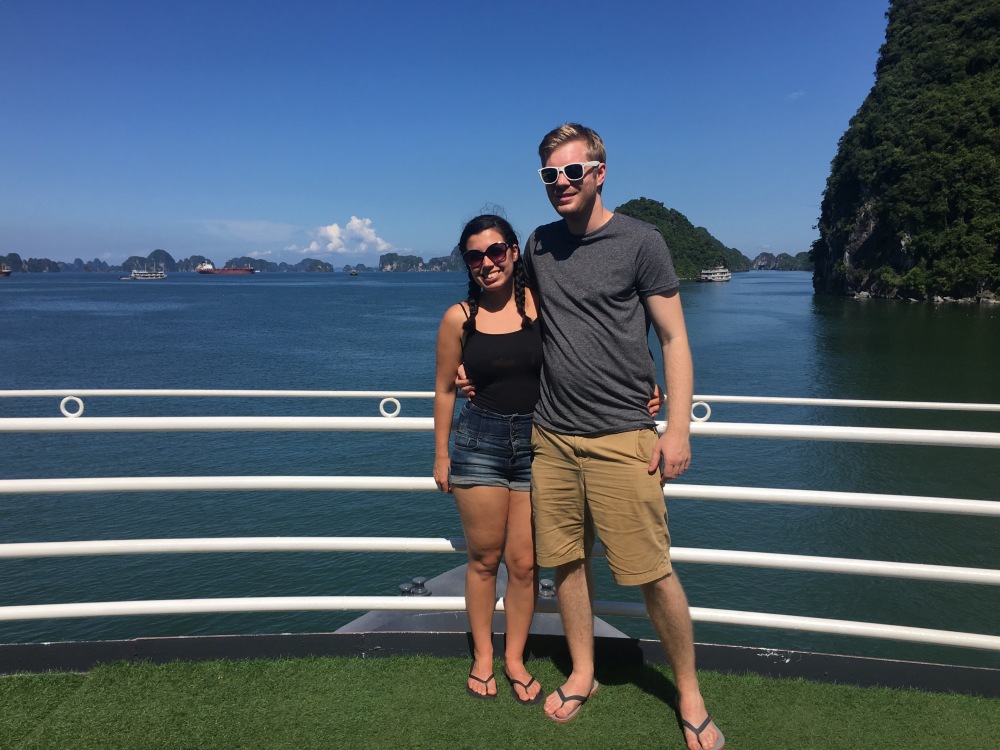 The next activity that we were offered to join was kayaking and swimming. We were carried off to a vast area of water that was surrounded by mountains of rock. Inside the area was a small floating villa where a family seemed to be making a living out of fishing and hiring out their kayaks. We spent some time moving around the rocks and exploring the area. 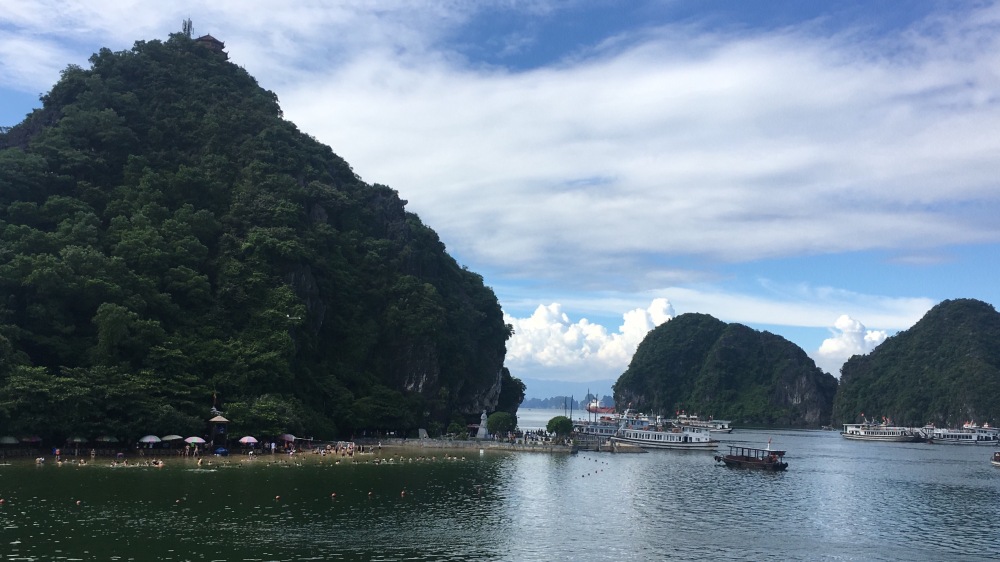 Later, back on the boat; we made use of happy hour on the sun deck before indulging in a gorgeous four course meal. It was here where we discovered how we got our upgrade; we found out in the best way possible. We were about to leave the table but were told to stay put as some cake was be being served, never being one to say no to cake I stayed put. The guide spoke to the dinning hall about the following mornings activities and then suddenly all the lights were switched off.

The guide started talking about a ‘special one’ being on board who had brought with them the fantastic weather. A birthday cake was then brought out and the guide started walking towards our table, more specifically to James, singing in Vietnamese. James looked a bit mortified and accused me of putting the crew up to it (I hadn’t they had taken note of the date on his passport and decided to surprise us). The crew asked James to slice up the cake and it was given out to other passengers. I thought that all of this was hilarious, James was only slightly phased by it and in the end enjoyed it. It turns out that it had happened to him on a number of childhood holidays. I guess it comes of being a summer baby! It definitely doesn’t happen to us winter babies born in January when everyone is trying to recover funds from Christmas (I’m only slightly bitter about it I promise haha!)  It was a wonderful evening and a great first celebration while being away on our trip, we can’t thank the crew enough for organising it. 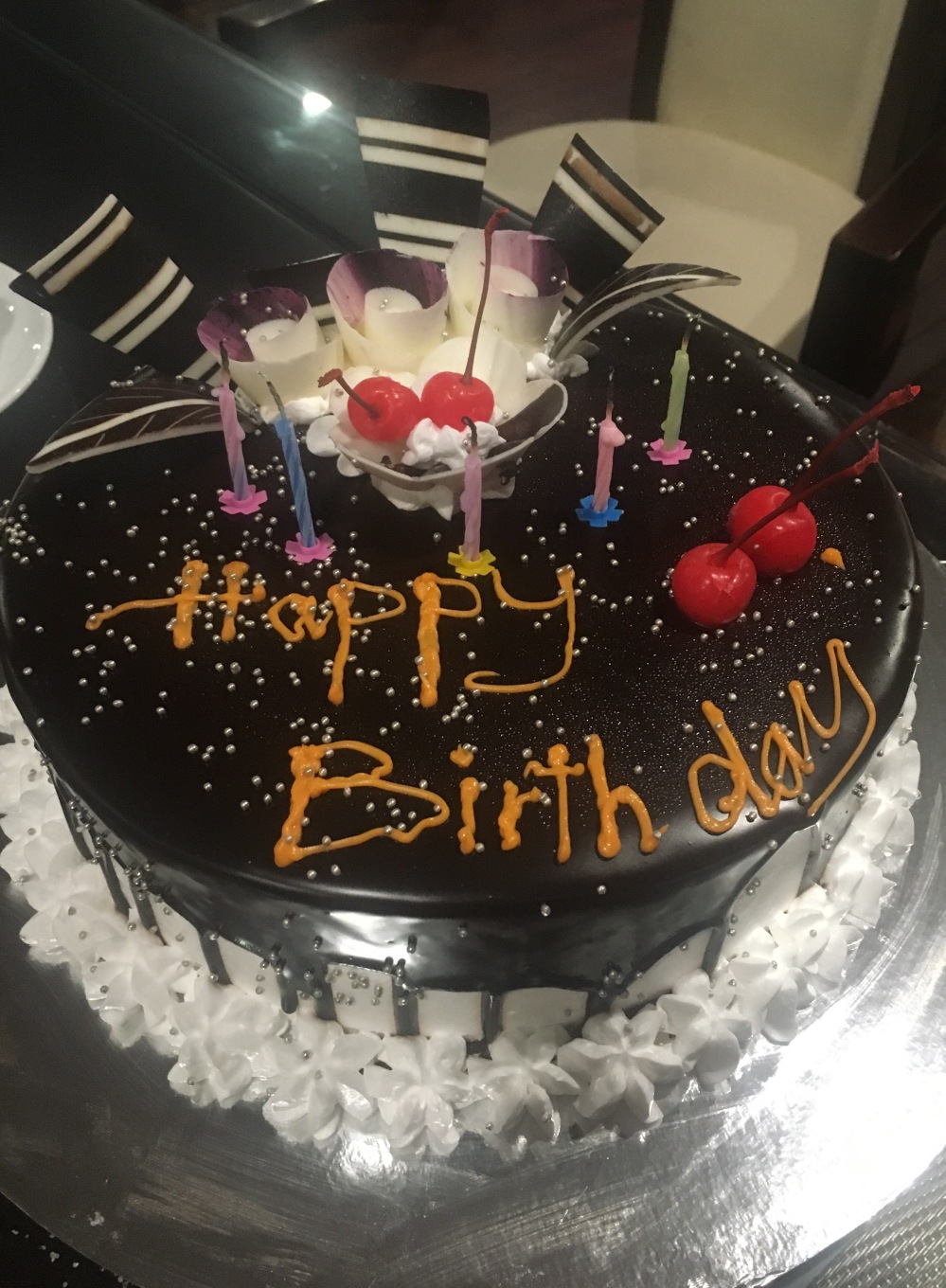 The next morning we woke up to a fantastic view and were ferried to shore to walk through ‘surprising cave’ which is one of the largest naturally made caves made in the Halong area. It had even been used to theatrical performances at one point and shapes carved into the rock and were illuminated with different coloured lights. 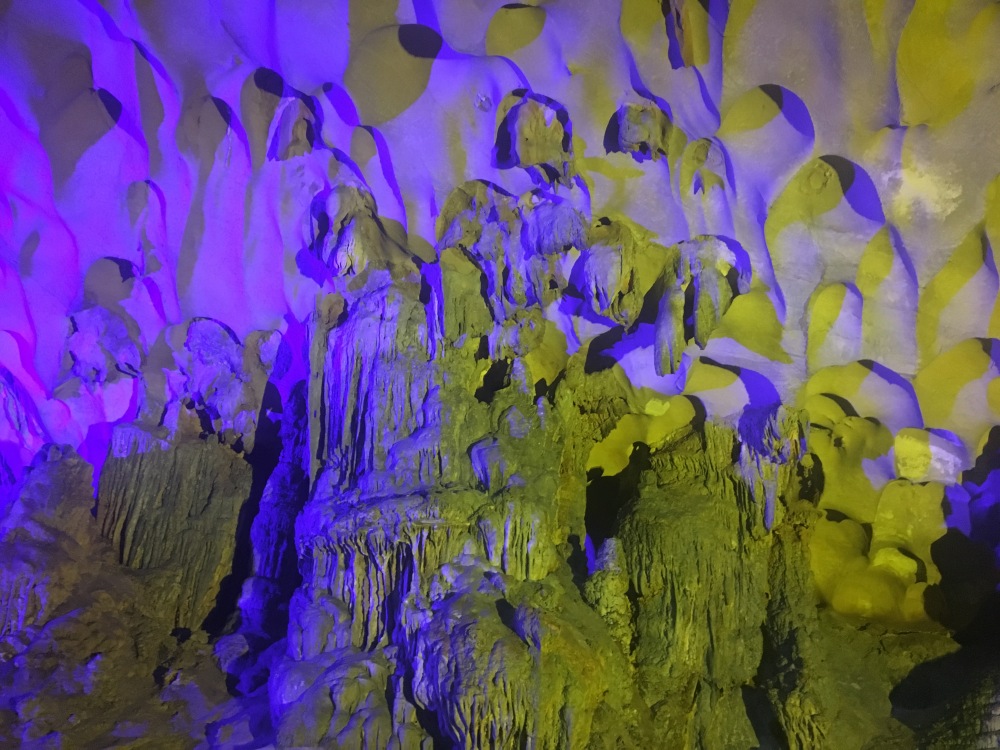 We were taken back to our cruise liner and had to sadly pack up our room. We ate lunch as we cruised back to Halong harbour where we were met by the bus which would take us back into the chaos of Hanoi. 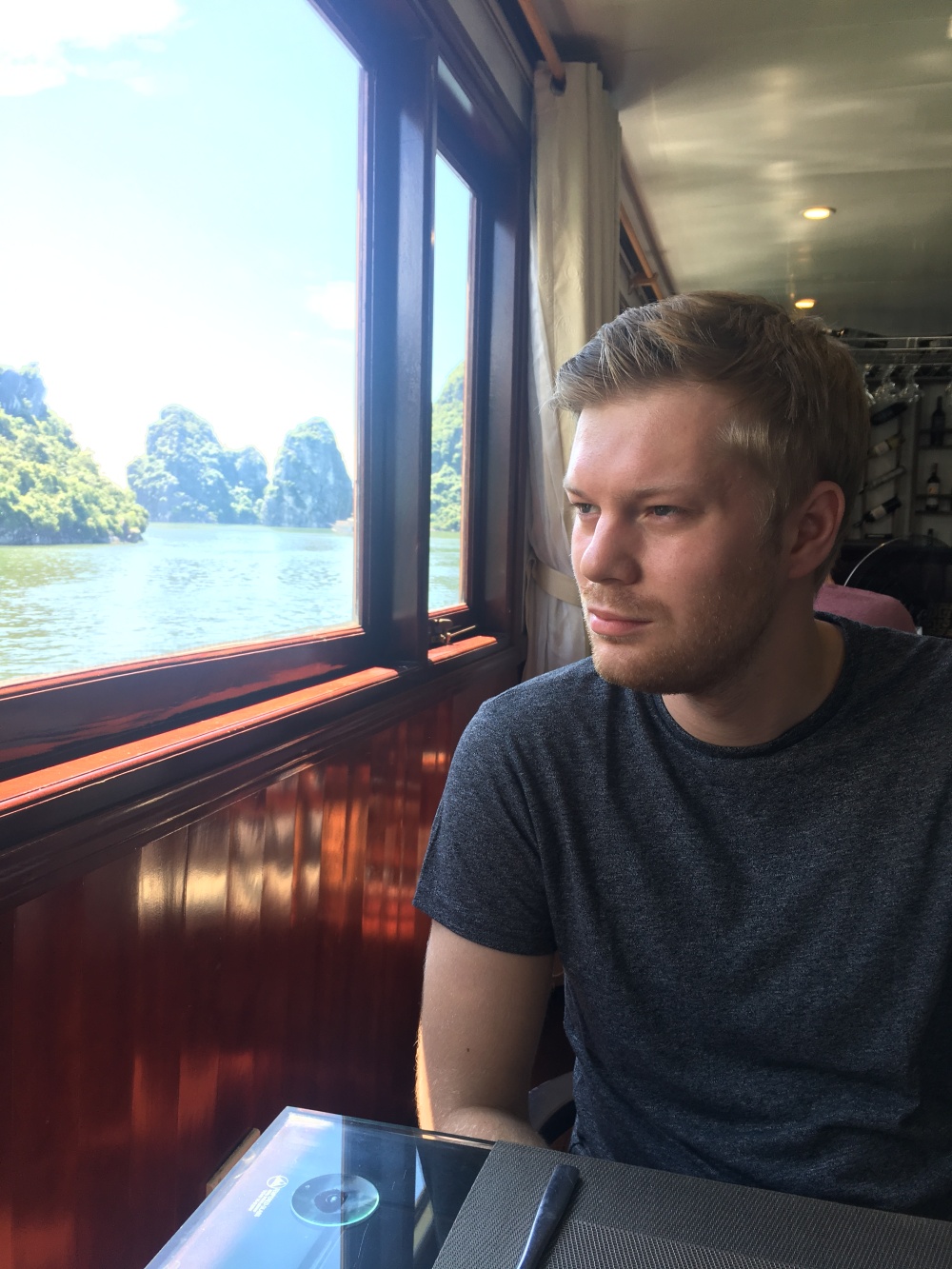 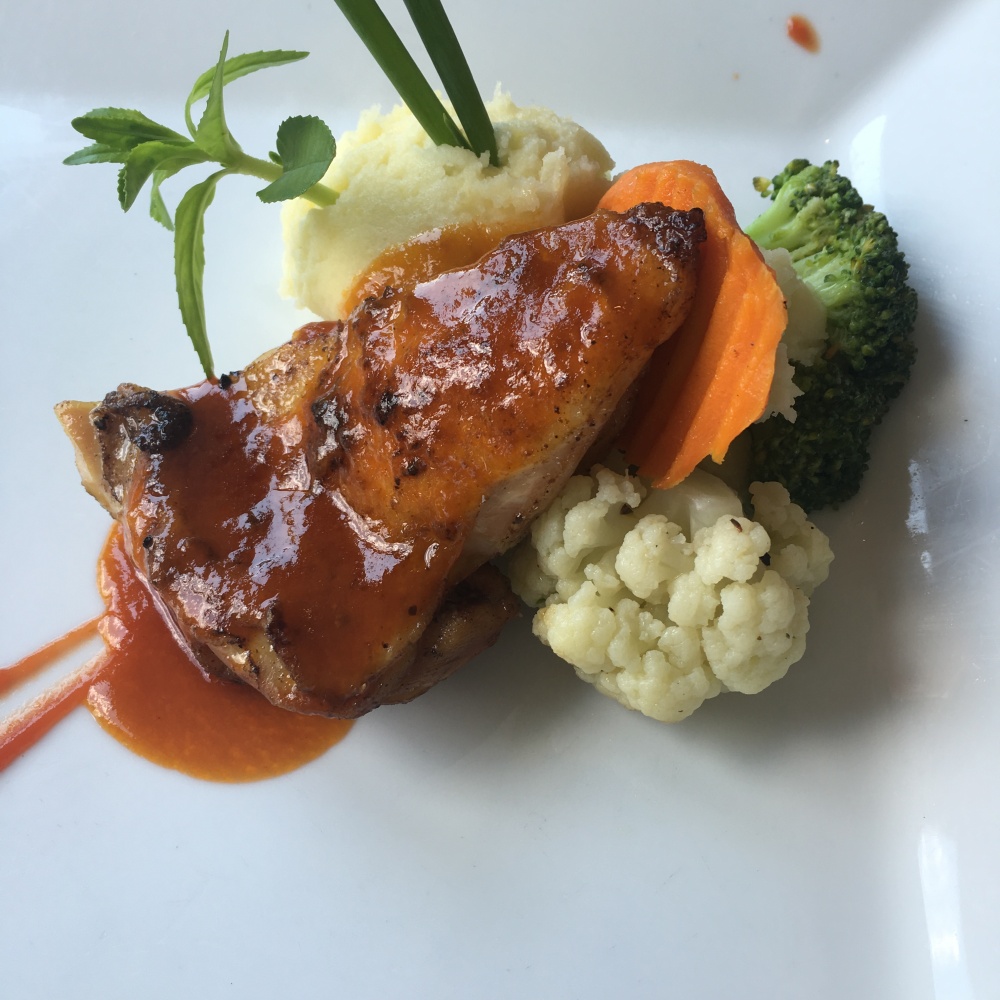 Halong Bay was truly beautiful. Both James and I were pleased that he was able to celebrate his birthday there. If you want to try something a bit different and would like some peace after the business of Hanoi then I would really advise you to book it!