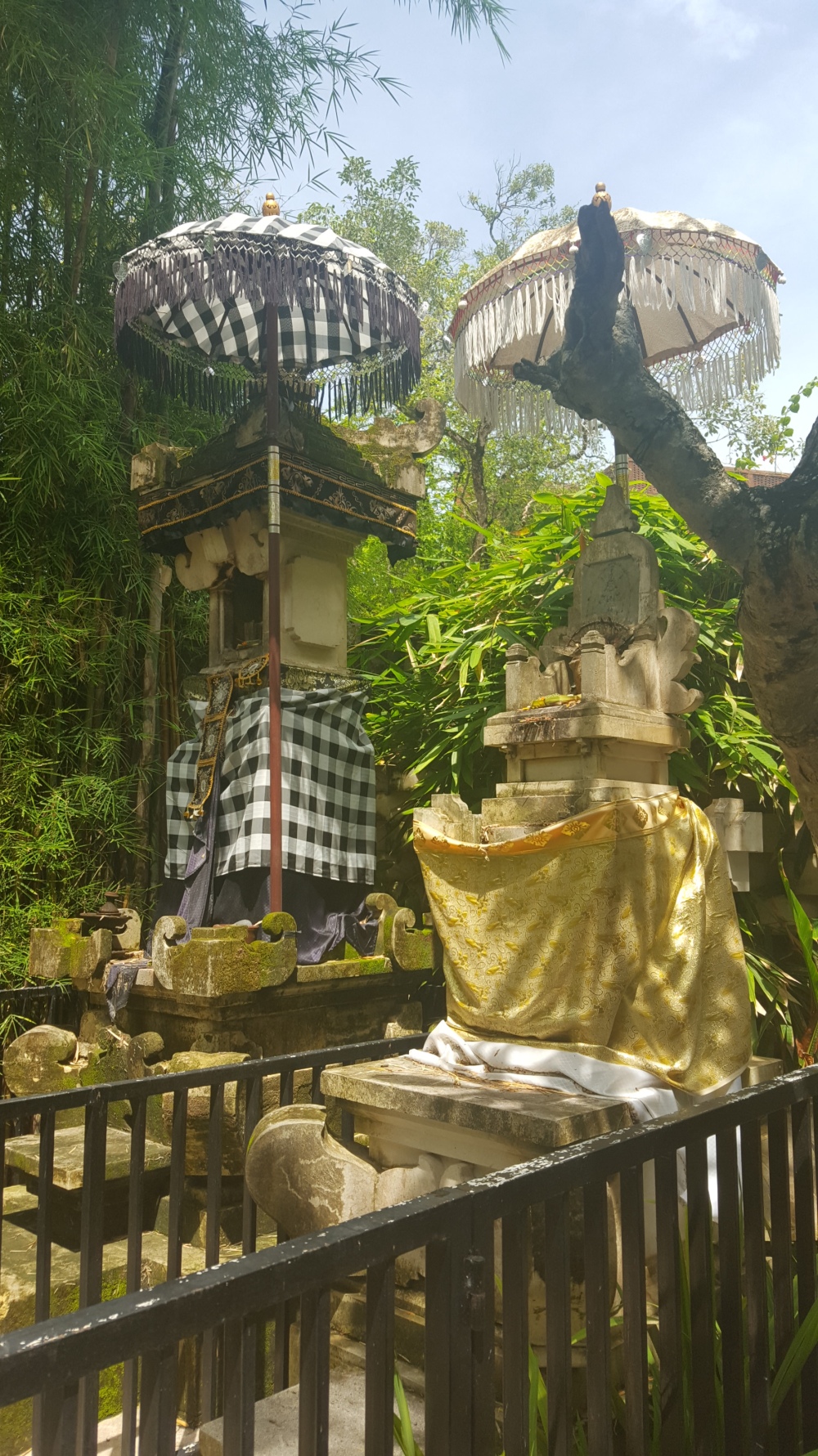 On the 15th December, we drove from Burnett Heads to Brisbane airport so that we could fly to the final destination of our amazing backpacking adventure – Bali. Bali was one of the countries that I felt most excited to visit, I’d been reading about how beautiful the country was and had planned to squeeze a lot into our time in the country.

When we scooted our travel plans up, we had to adjust our time in Bali to just five days. This meant that we had to make a couple decisions on how to proceed with the rest of our trip; we took into account how we might feel after 3 weeks of being constantly on the move in a van and decided to splurge for the end of our trip and stay in Seminyak for our five days in Bali. 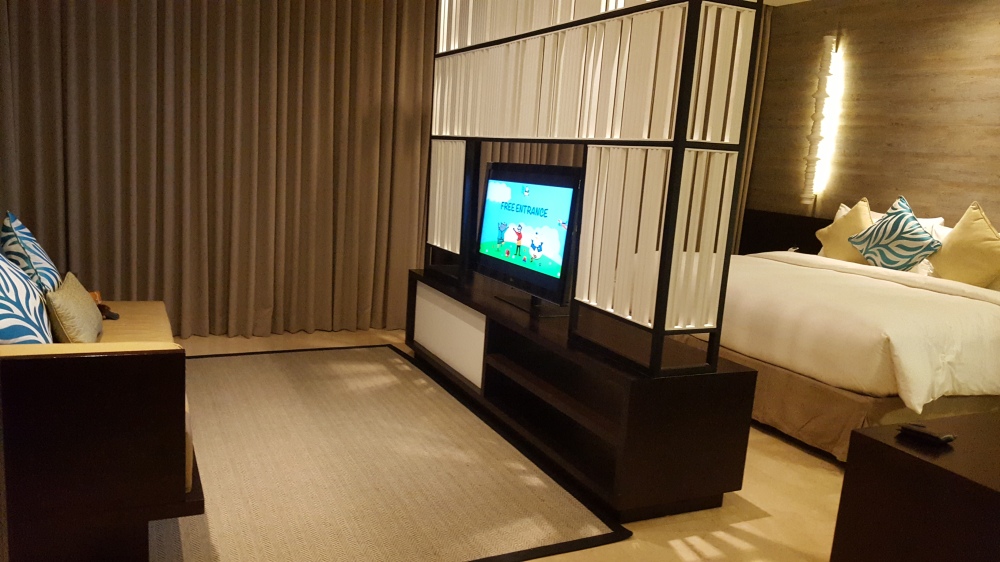 It was lucky that we had decided to stop at the Montigo Resort in Seminyak for three reasons, the first being that we were exhausted after three weeks in a van and were both glad for the luxury of a big comfy bed. The second was because the weather was torrential rain for three of the five days that we stayed so we were glad to have a big space to relax in. The third reason was simply because our flight home was booked from Bali and the British Government had advised against travelling within 10 km’s of Mount Agung due to it’s recent eruption; Seminyak is around 70 km’s away from the volcano so we felt relatively safe. 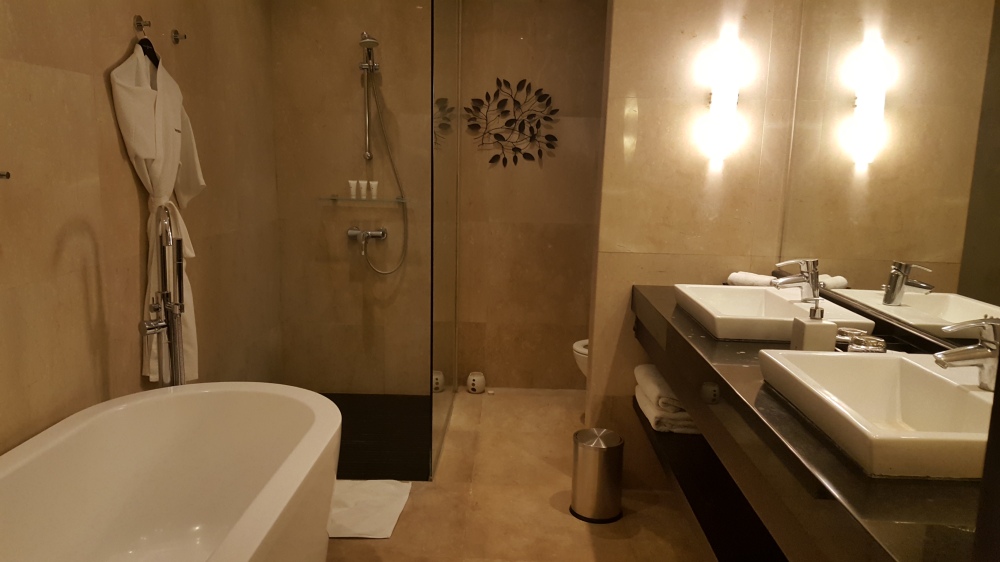 We arrived late in the evening after a 6 hour flight and were glad to find the resort car waiting for us. We were both exhausted at this point so rather than leave the resort once we had arrived to find food, we decided to order some room service. I also indulged in my first bubble bath of the trip as I had purchased a bubble bar (Called ‘Christmas Eve’ for anyone interested) in Brisbane knowing that we would have a bath in our room. Running the bath took a while because it was such a big tub but the wait was completely worth it because stepping into it was bliss. 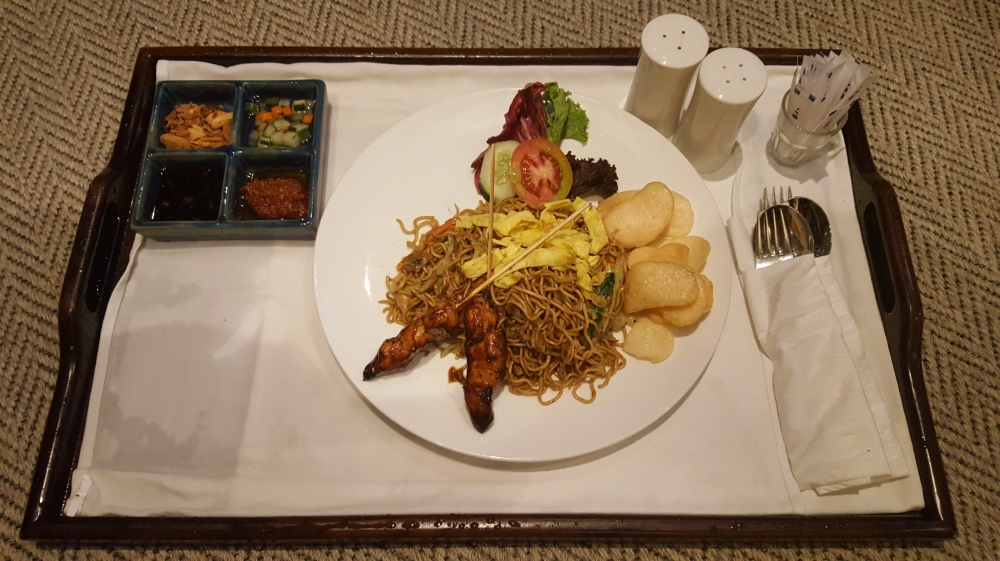 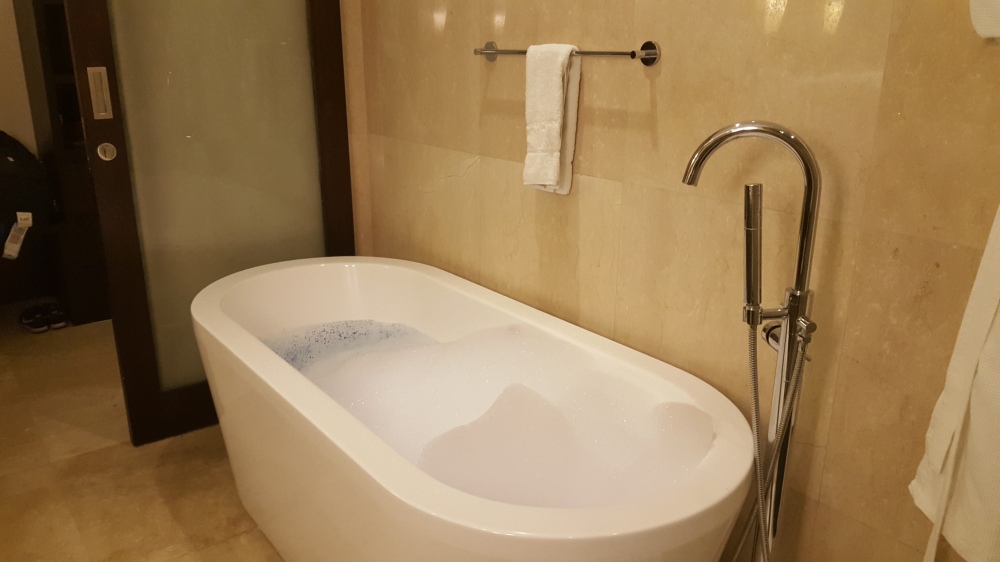 The weather on our first full day was beautiful so after breakfast, I took advantage and spent some time basking in the sun at the poolside. We ordered cocktails and enjoyed our surroundings before heading back to our room to freshen up so that we could explore the town. 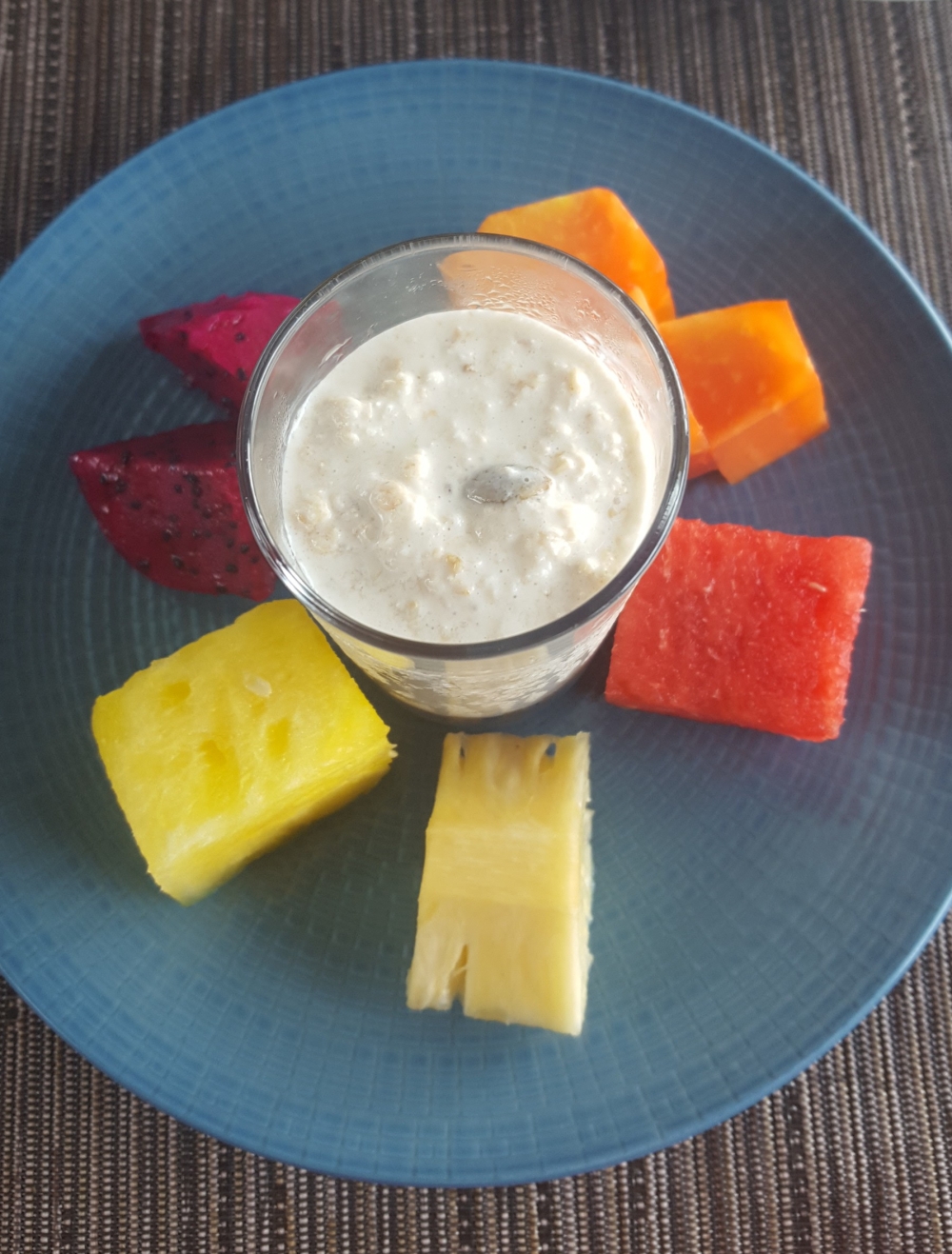 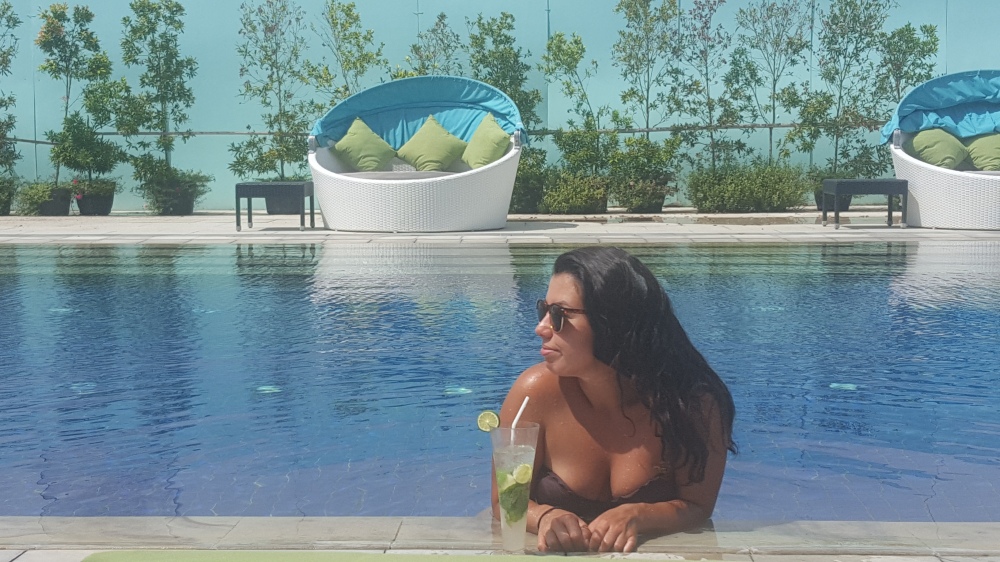 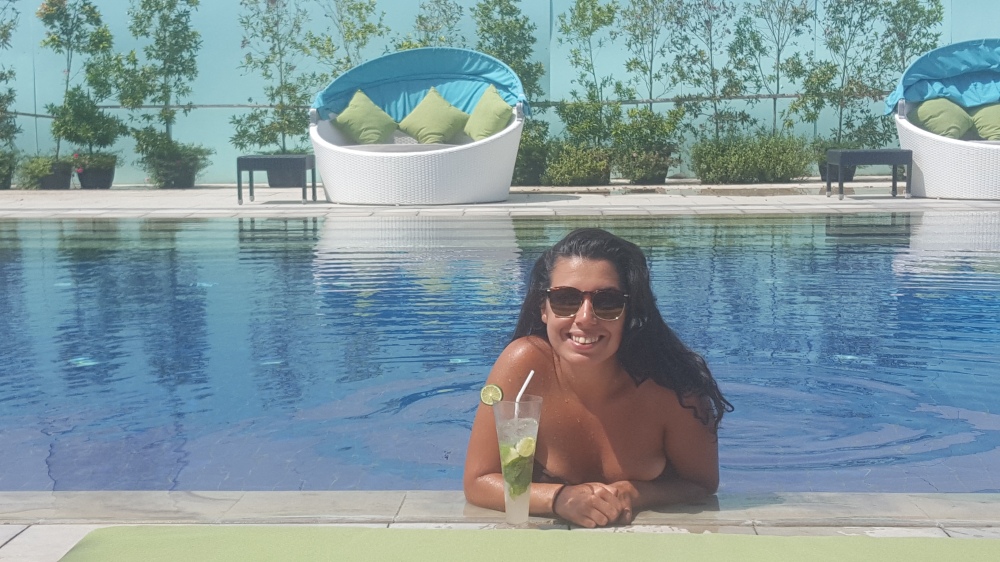 Seminyak central town square was lovely, though a little commercial. If you a looking to experience the true ‘Bali cultural experience’, then this may not be the place for you. James and I enjoyed walking around nonetheless and found some fantastic spots to eat at.

I found that Bali was fantastic for food. Everything was so fresh and a lot of places listed the health benefits of the food served. We found one cute little coffee shop where I was able to try my first ever turmeric latte. It tasted like Christmas which was especially apt as it was fast approaching! 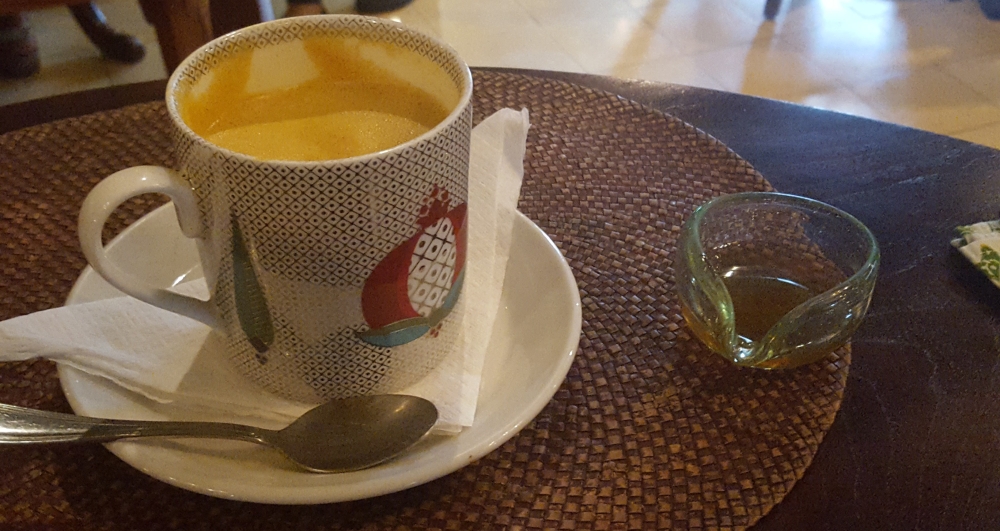 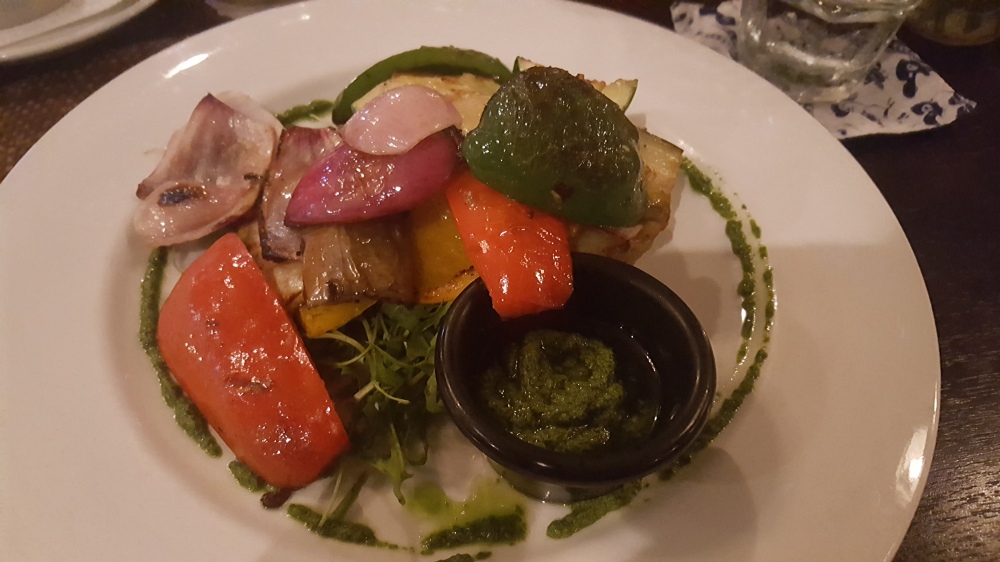 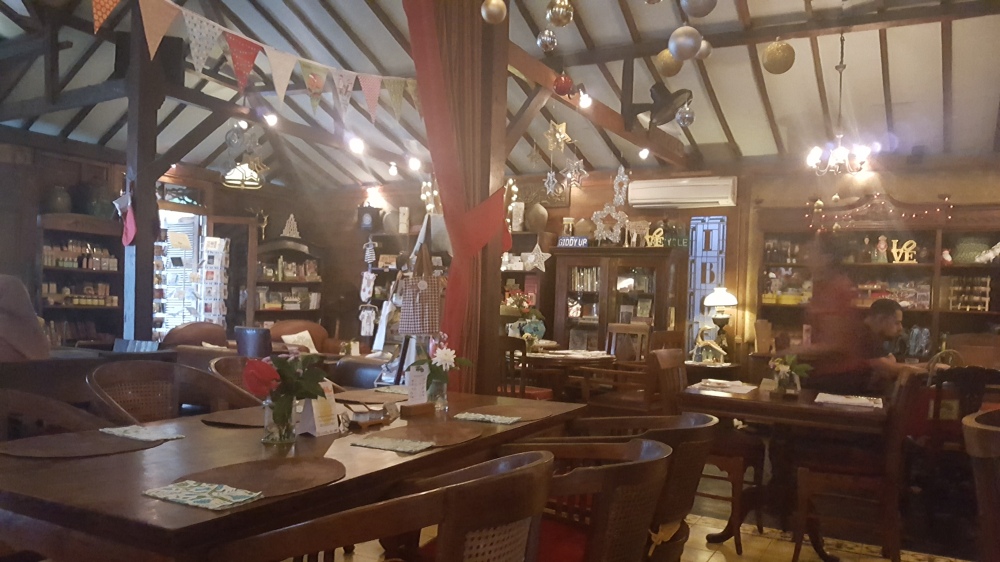 I’m not going to lie though, we also sampled some of the less than healthy stuff and I for one enjoyed every bite of it. 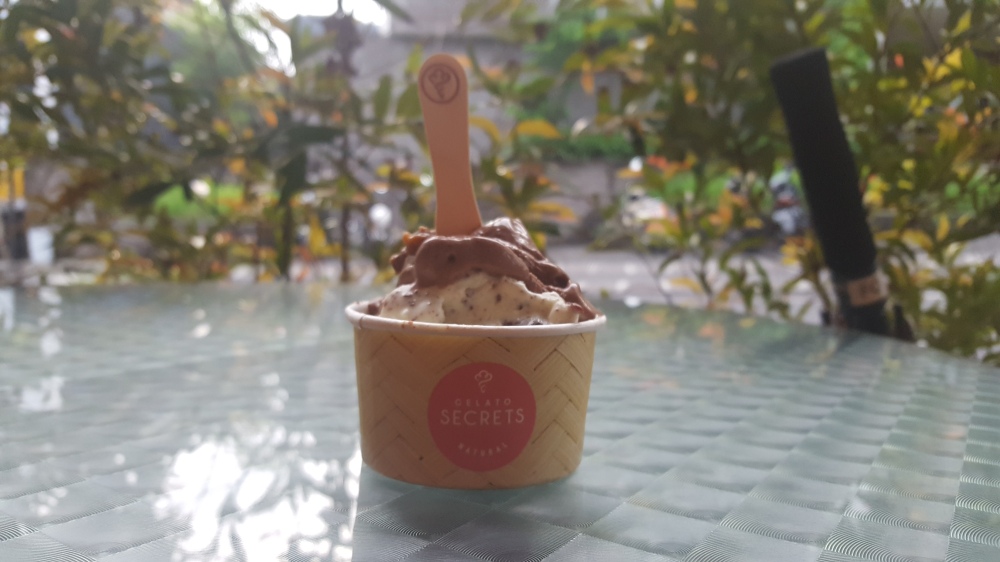 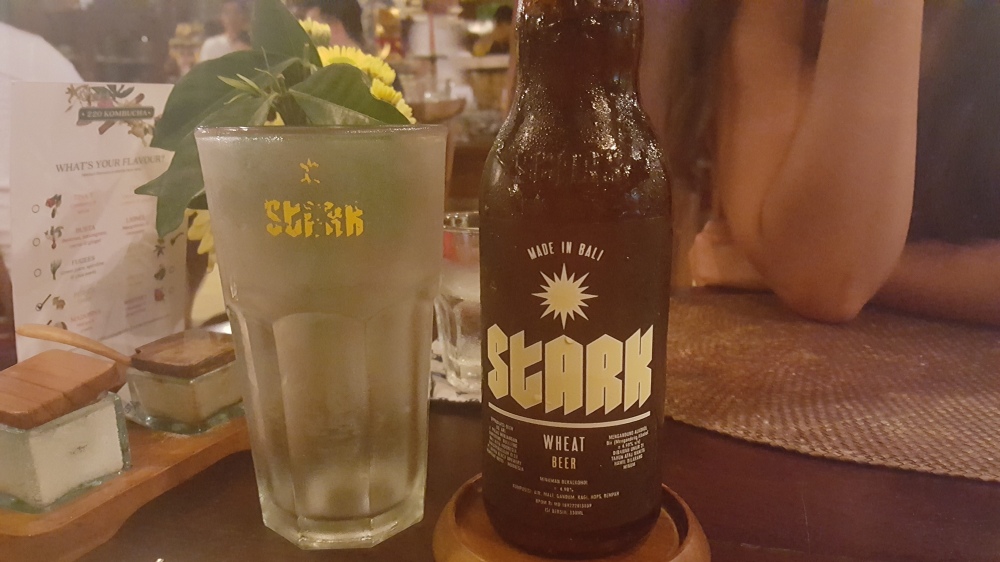 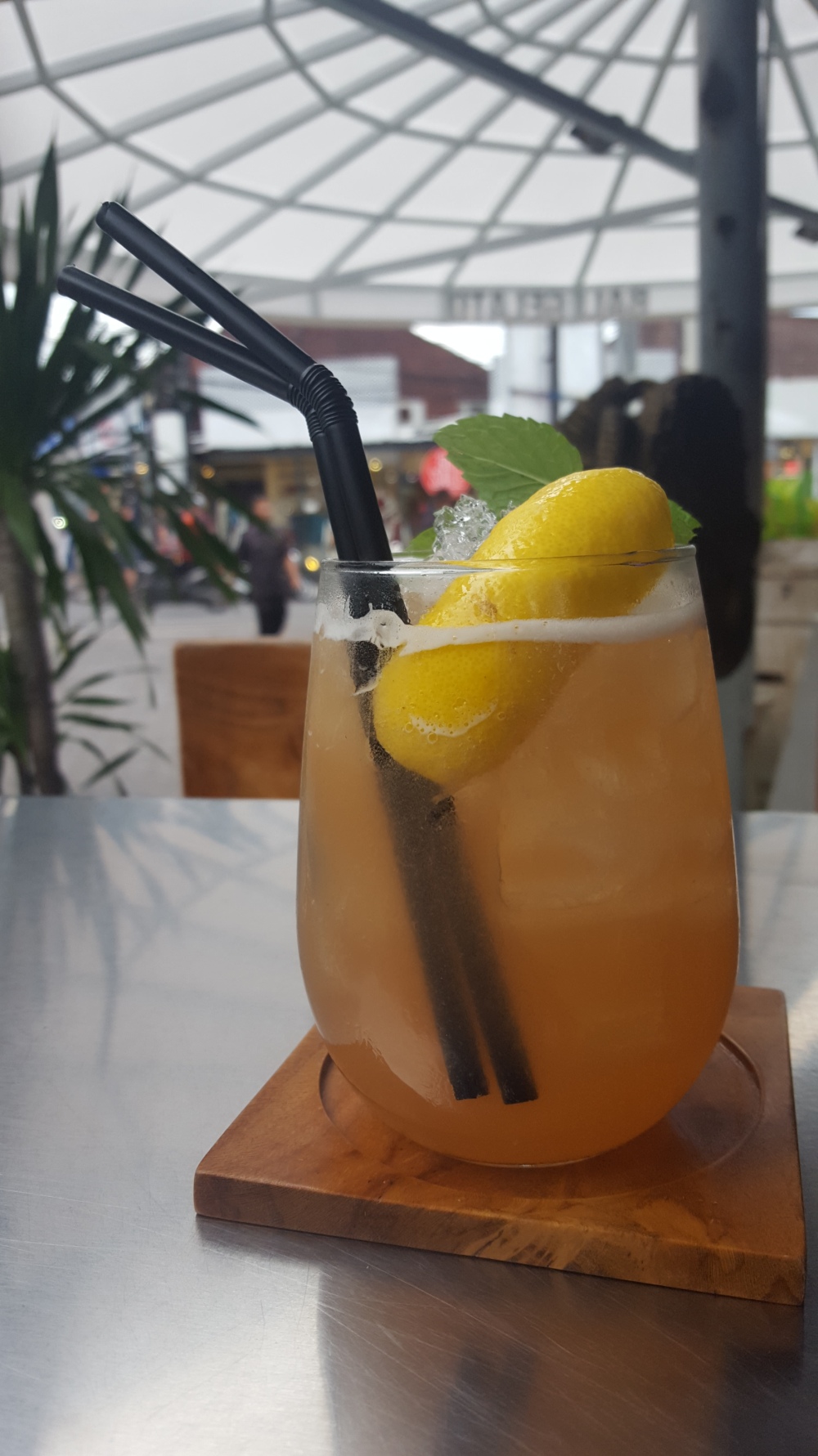 I hadn’t meant to turn this into a food post but since the weather went down hill so quickly we found ourselves confined to our room and managing to escape for a quick look around and bite to eat when we could. One of my favourite places was an Indonesian restaurant that served Balinese Crispy duck on a bed of rice. It was beautiful. 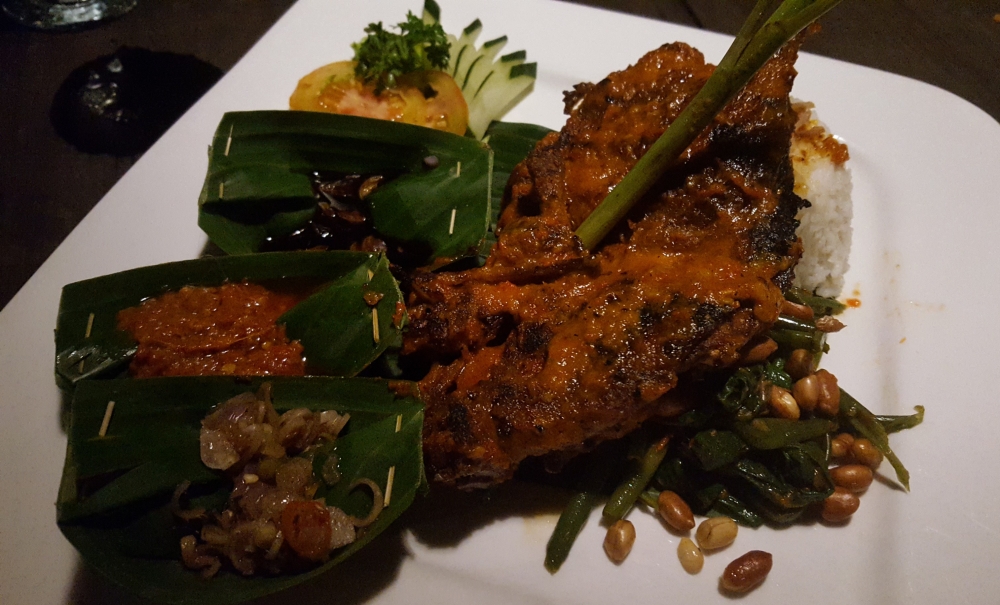 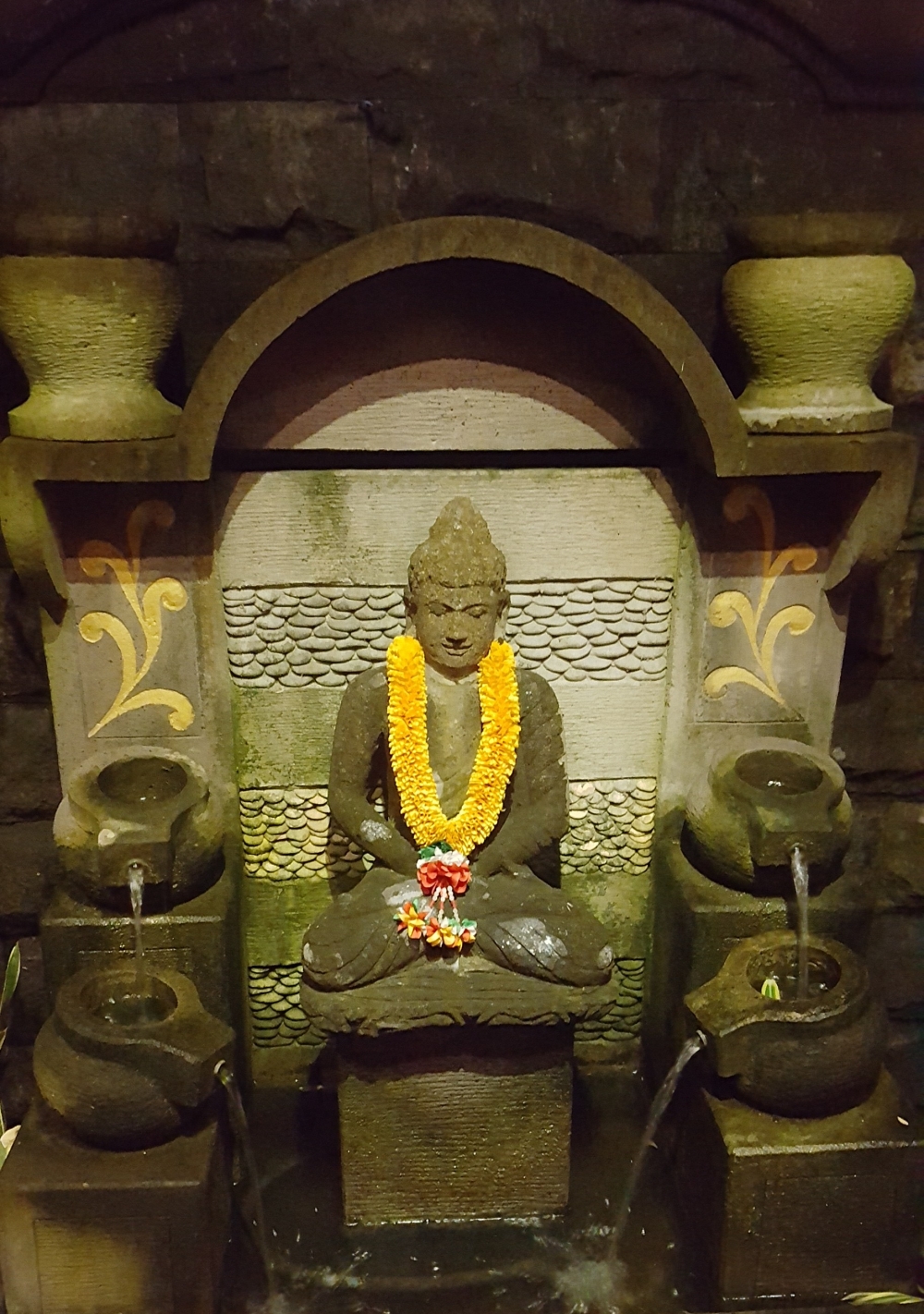 We did manage to visit Legion beach which was just down the street from our hotel. To be honest, I think that we visited in the wrong season (rainy season) so I wasn’t overly impressed with this beach, it was grey and covered in a lot of rubbish and debris that had washed up on the sand. 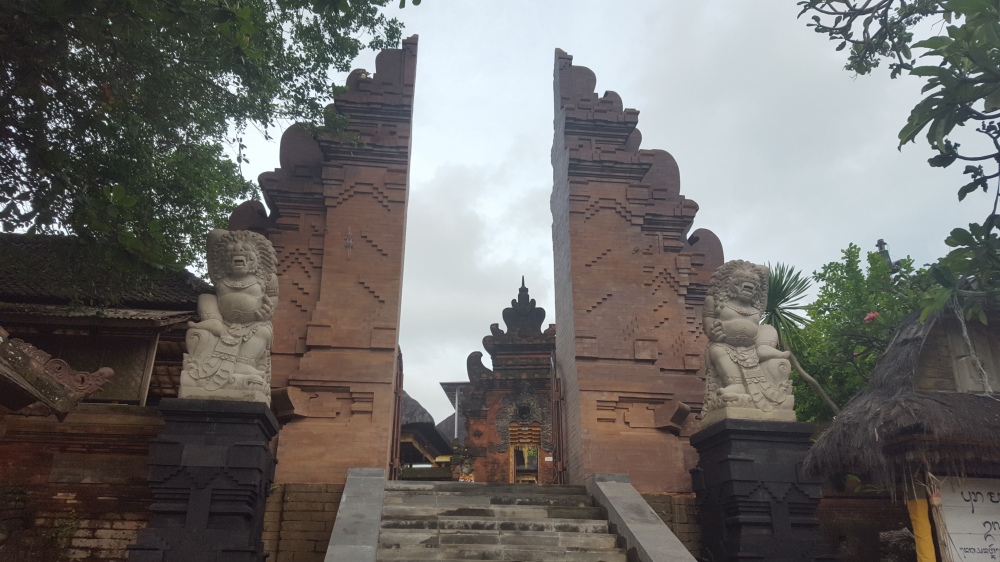 We were lucky that we had a big sheltered balcony so that we could still go outside because the weather truly was terrible. We powered through when we visited Vietnam in the rainy season but I think we were both happy just to chill out and relax before heading home (which came all too soon). 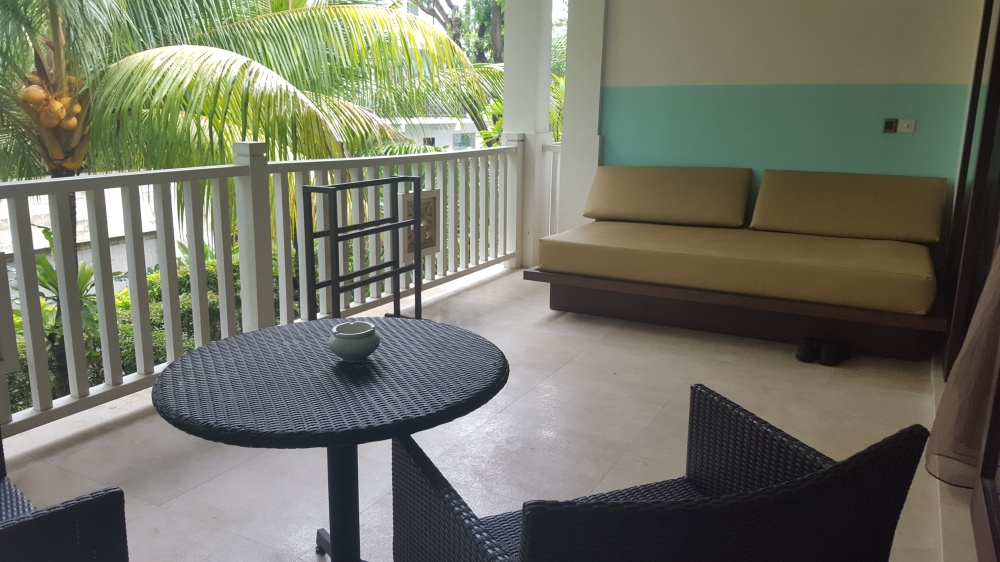 I plan to head back to Bali in the future to ‘do it properly’. I’d like to visit the more central parts of the island but unfortunately we arrived just after the uncertainty of Mount Agung’s latest eruption which meant that we couldn’t do it at the time. It also meant that the town was extremely quiet due to thousands of holiday makers cancelling their trips. I will visit again, my only adjustment for our future plans will be to make sure that we definitely book outside of rainy season!